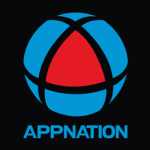 I had a chance to attend Day 1 of the AppNation Conference in San Francisco yesterday.  This is the second year for AppNation and this year’s 2-Day event is subtitled “Show Me The Money Conference“.  AppNation Chairman Drew Ianni has done a tremendous job lining up an amazing breadth of speakers for the presentations, panels and sessions.
I was just in time to catch the end of the opening keynote by Trip Hawkins, CEO of game company Digital Chocolate, but most widely known as a founder of Electronic Arts and The 3DO Company.  Hawkins’ most notable point centered on the “browser beating the app store” and the biggest challenge of app developers being consumer discovery.  These points were echoed by other panels later in the day that including investors, developers and app store ecosystem companies.  Hawkins cited a few logical facts to back up his browser argument, including: 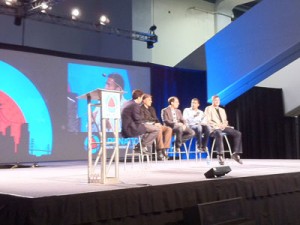 The next big panel was made up several investors; Ianni proclaimed “We’ve got the money in the room!”  There was various shades of sentiment on whether or not the technology sector is in a bubble or mini-bubbles or no bubble at all.  Very clear.  That aside, they did agree that investors are putting money in. The other point they agreed upon is that there are more different types of financing available than ever before.  One can’t help but to spot the headlines of 2-person companies to those that have been building for years getting funding from traditional VCs, Angels, Super Angels and even crowdsourced.

When asked for final remarks, a few of the panelist had a few wise (and interesting) things to share:

Look out for my next post featuring App Rock Stars and the Platform Problem.